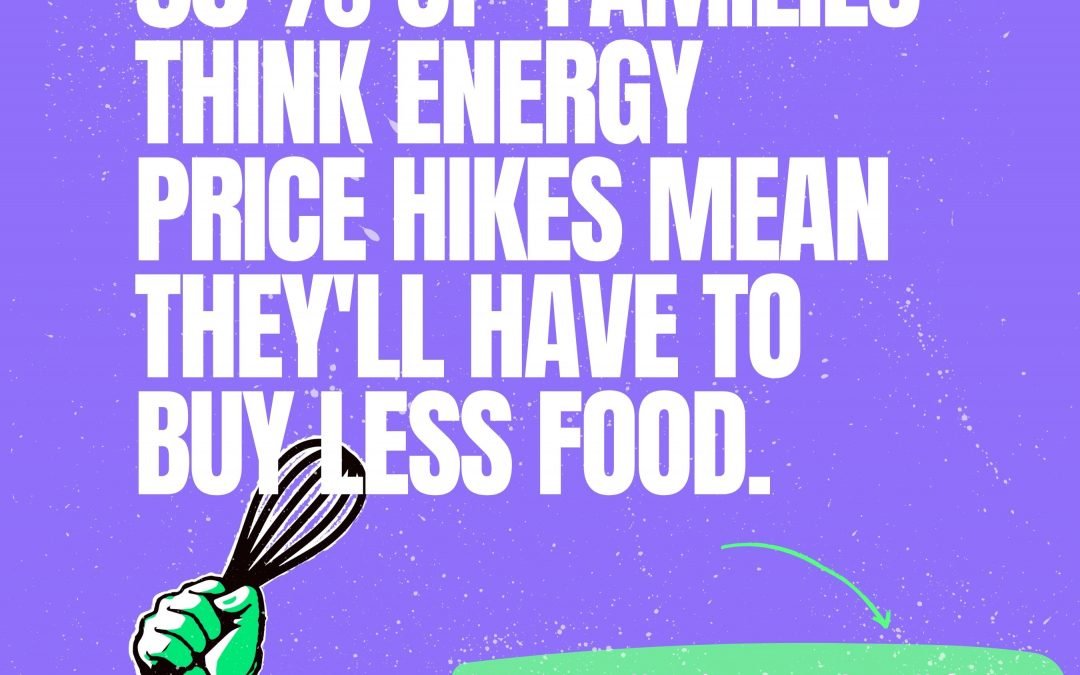 There will be little respite in spring, when the tax increase on earnings is introduced from April following the Chancellor’s decision to raise income tax and national insurance.

Joseph Rowntree Foundation estimates that even before taking food price inflation into account, a couple with two children earning less than £20k annually and on Universal Credit will be approximately £33.50 worse off per week with the combined effects of the fuel price increases and the cut in Universal Credit. This is approximately the same amount which an average household in the poorest 10% of households spends on their entire weekly food and drink budget ref.

These latest figures raise the stakes for Marcus Rashford’s #WriteNow campaign that encourages the public to ask their MPs to tackle the growing problem of child food poverty. Every MP across the 533 constituencies in England has been contacted by the public, showing nationwide support for Government action.

Marcus’s campaign calls for additional funding for three children’s food programmes in the Autumn Spending Review on 27 October as recommended by the Government-commissioned National Food Strategy. This includes the expansion of Free School Meals to more low-income children to ensure more food-insecure children receive this vital support to prevent them going hungry – a request so far ministers have rejected.

“It was already hard enough to keep to a tight budget and put a balanced meal on the table every night for the kids. But now, with food and fuel prices rocketing, it’s a constant struggle to buy enough food to fill our stomachs. I’m terrified that we’ll reach breaking point this winter, and we’re going to have to choose between paying for our heating, driving to work or putting food on the table.”

Anna Taylor, Executive Director of Food Foundation, said:
“At a time when families are under extreme cost pressures with mounting living costs and reduced social security, the increase in food prices will have a huge impact on a low-income families’ ability to feed their children well. The government needs to take control of this situation.  We’re otherwise in real danger of an even more severe child nutrition crisis this winter. We need to see a reversal of the Universal Credit cut and children’s food programmes, including Free School Meals, extended so that at-risk children can depend on at least one decent meal a day.”